The History Of Pig Roasts Through The Ages

Pig roasts are often used for weddings and other special celebrations, but have you ever wondered where this tradition came from? Pig roasts actually have a long history that dates back to the Bronze Age.

Pig Roasts Of The Bronze Age

The bronze age of history is when certain metals were first discovered including bronze. With the discovery of these metals, there was a rush to use them in different aspects of life including cooking. This is potentially when pig roasts as we know them today might have started. The problem with this is the fact that there are no documented records of the roasting of pigs during this time.

By the time the Middle Ages came around, hog roasts were in fashion. This meant that every kitchen in the Western World had their own version of a spit roast. The spit roast allowed the hog to the skewered on a heavy iron bar which was then suspended over an open fire. The hog would then be slowly roasted over a few hours.

As kitchens continued to evolve and started to look more like the ones we have today, the idea of roasting an entire hog lost favour. The kitchen became smaller and there was no longer the space for an open hearth which was needed for hog roasting. At this time, butchers started to cut up the hogs into easier to manage pieces which could be made in the smaller kitchens.

Hog Roasts Around The World

Hog roasts are not something that is unique to a certain area. The history of these roasts does vary depending on the country. The Pacific Islands have their own way of roasting pigs which involves lining a pit with heated lava rocks and wrapping the seasoned pig in banana leaves.

Interested in having a pig roast for your wedding or corporate party? Give the experts at Pig Roast Catering a call! We offer a wide variety of food options including Hawaiian cuisine, seafood, Mediterranean cuisine, buffet style, and of course succulent pig! We also offer full event planning services including event design & decor, vintage or rustic place settings, waiters and bartenders, entertainment, environmental services, and so much more! If you would like to request a quote for your pig roast catering, give us a call at 416-639-3547 or email info@pigroastcatering.ca today! 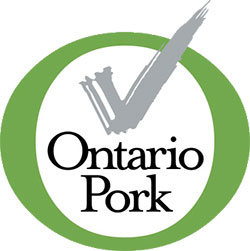